Illiquidity is a sign of financial distress. When a company’s monthly figures show a pattern of difficulty in meeting payments and projections forward show the same picture, immediate action is imperative.

At this point, the commonly held view is to apply for liquidation, often at the insistence of impatient creditors eager to salvage whatever they can.

The sense of panic that invariably envelops a financially stressed company means decision making becomes badly affected and logic is often replaced by emotion and fear.

What is always required is the calming influence of an impartial expert with the insight and experience to recognise the underlying strengths of a company. In addition, to spotlight the aspects that, with well executed plans, can realistically result in a turnaround.

Part of the business rescue practitioner’s skill is not only identifying why a company can reverse its ailing fortunes, but also to make a coherent case to all stakeholders, and the court, that this can actually be achieved.

Business Rescue is about seeing the possibilities and being afforded the precious time to put a plan into action that is designed either to return a company to a position of solvency or ensure a higher return for the body of creditors than would have been realizable in liquidation.

Business Rescue requires a diverse set of skills in order to have any prospect of succeeding. It is very important to realise that a plan to turn around a company goes far beyond the short-term exigencies of cash flow and debtors. The plan needs to be considered from a number of angles that, combined, present a scenario that is realistic, do-able and sustainable.

Judge Eloff, in hearing business rescue applications, has made this very clear: 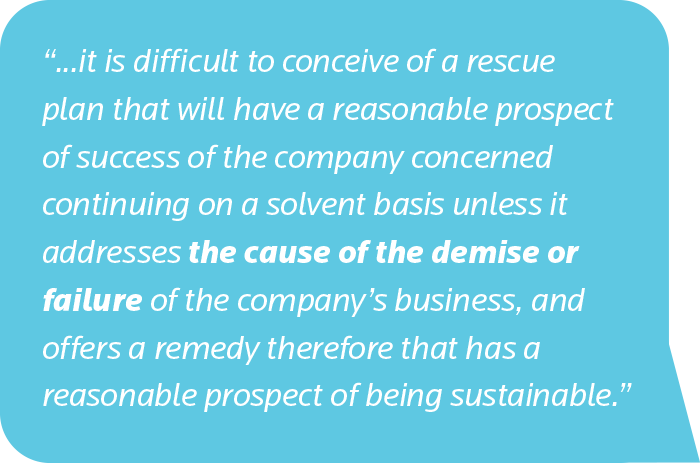 There are important details to note here. The court will expect the business rescue practitioner to have clearly identified the reasons for the distress and have details that outline both this and the recommended way forward. The word “sustainable” is key.

As Judge Eloff put it at the time: 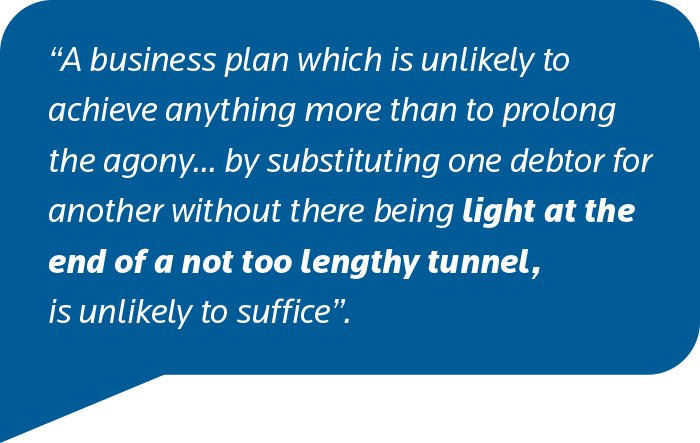 In a business rescue application, the court has a priority responsibility to the stakeholders of the distressed company. Any decisions taken will have to show that their interests have been put first and that business rescue clearly presents the option with a better return than liquidation.

BR360 recognises that this is not a one-dimensional exercise and that every angle needs to be carefully considered. A plan that simply sources funding to meet immediate debt demands would fall short of our standard.

Having identified causes, it now needs to offer solutions. This is not a job for a single practitioner; it requires skills from a spectrum of experts in finance, law, employee relations, training, management consulting and marketing.

This is what a 360 degree, all-round business rescue requires. BR360 is able to draw on every expert  skill required to not only ensure a successful application but also to take the company onto a path of sustainable success.

One of the challenges faced by business rescue practitioners is similar to those found in the medical profession in that companies that are ailing wait too long to seek help.

From the South Gauteng High Court: 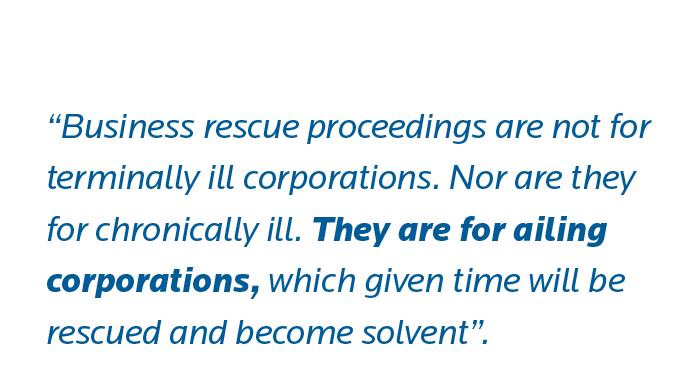 A company’s health is monitored in its month-to-month financial accounts and it is here that the first signs of distress become evident. Company management must know the difference between a temporary blip and a problem that is embedded.

This exercise requires financial skills and insights but also discipline and objectivity. Staring down reality in this situation is always difficult.

The Companies Act is very simple and unambiguous and demands that an entity’s directors apply tests that takes a 6-month view of whether debts will be able to be met by the company or not.

The test further requires a consideration of the balance of the company’s assets to its liabilities within a 6 month period. In this way, both tests are forward looking.

If the conclusion is drawn that the company is heading towards insolvency, immediate decision making and action is imperative.

The decision to apply for Business Rescue assumes agreement to steps that will mirror the following:

Once a decision is taken to pursue business rescue, the following steps are taken to an agreed timeline;

The role of the business rescue practitioner

Upon appointment, the practitioner has to investigate, quickly and thoroughly, the feasibility of rescue.

The practitioner, from the time of appointment, has 3 clear priorities:

This is the term used to refer to any finance provided to the company once business rescue has begun.

This includes remuneration to existing employees and other employee-related expenses.

The source of finance to a company in business rescue, in accordance with the Act, is not prescribed.

Likewise, any unencumbered asset of the company may be used as security for such finance.

Business Rescue 360 is able to offer an all- round, problem-solving and solution- based approach because of the team at its core. Business rescue depends on connecting a wide range of talent and experience as well as legal and financial skills to both plan and execute successful outcomes.

It is this wide diversity of knowledge, plus the proven ability to arrive at workable solutions in difficult, high pressure situations that allows us to define what needs to be done, and as quickly as possible. 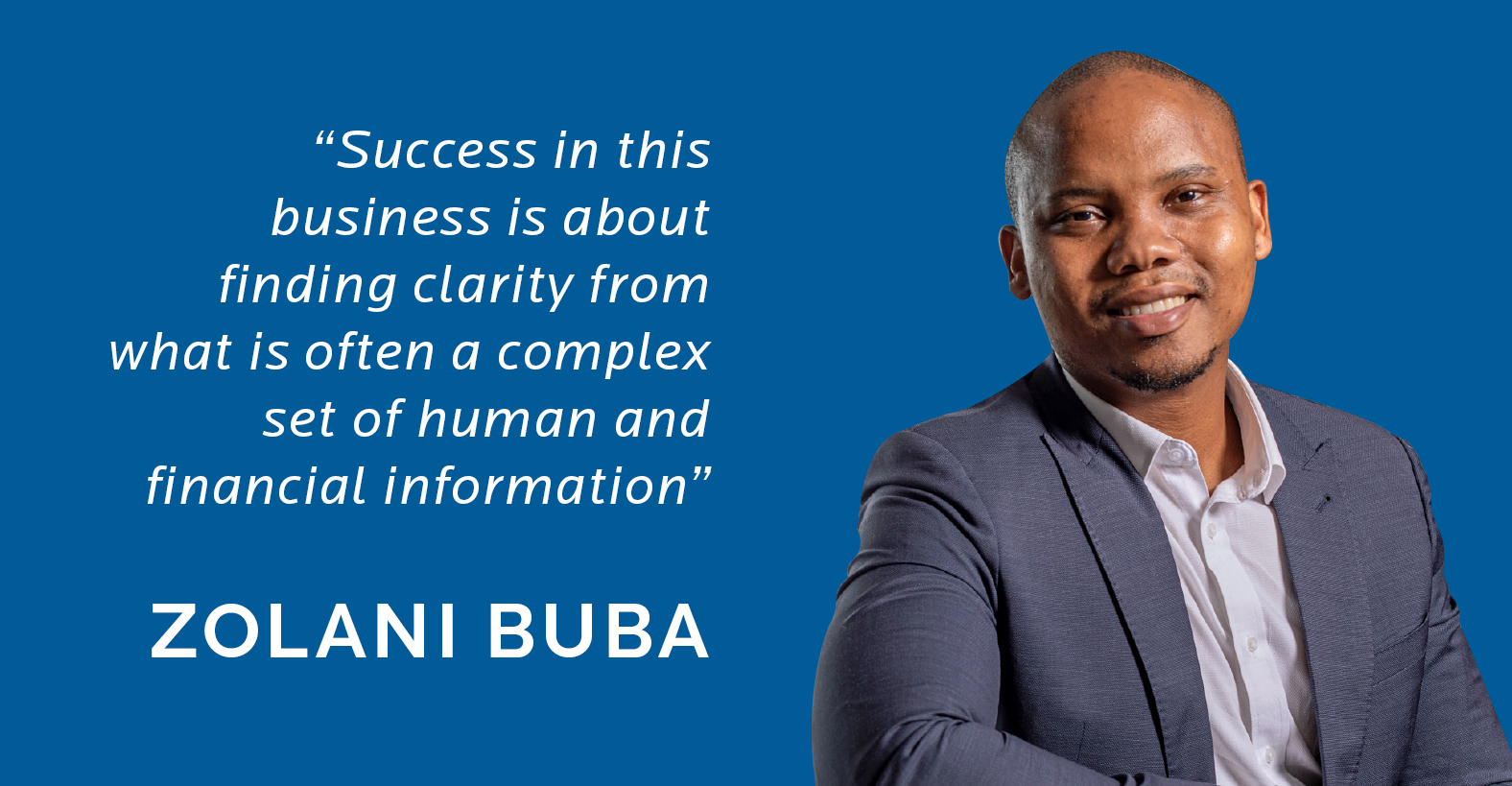 Dr. Zolani Buba boasts significant experience and technical expertise in tax, tax administration and commercial law. He has written numerous articles and co-authored textbooks in these areas and this work provides clear evidence of his incisive analytical and communication abilities.

Zolani has served on the Davis Tax Committee and was formerly National Business Rescue Specialist for SARS. 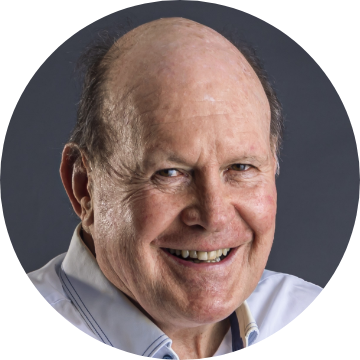 Prof Walter Geach is uniquely qualified and experienced in the fields of trusts, taxation and estate planning. He is a chartered accountant CA (SA), an admitted advocate of the High Court and former Head of the Department of Accounting at UWC. Among his many other academic achievements, he has also authored/co-authored over 15 published books which have become go-to reference works in the industry. He is a director (non-exec) on several boards, including Grand Parade Investments Ltd. 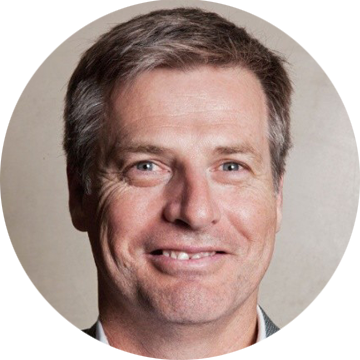 David is a Chartered Accountant with extensive knowledge of a broad spectrum of advisory roles.

In his 8 years career with SAPPI as Commercial Manager, he built valuable experience of supply chain management, work flow and system implementation.

David joined Nolands in 2013 in that time has assumed leadership in several aspects of the company’s business, including advising clients on BBEEE strategy, re-structure, M&A and in identifying opportunities and initiating start-ups. Since 2011, Pat has been appointed to more than 50 formal businesses rescue assignments in various industries throughout South Africa. He has achieved an outstanding success rate of more than 90% on published business rescue plans.

In December 2015 he was officially promoted to a Senior Business Rescue Practitioner and at the end of 2018  was accredited as a Professional Turnaround Practitioner SA (PTP-SA SAQA)He is currently the COO of the Turnaround Management Association of South Africa (TMA-SA).

He has broad experience in business, finance and law.

The reasons why any business can become distressed to a point where rescue is needed are many and varied.

That said, there are also many recurring themes which often plot the arc from start-up to momentum to success and then a plateau from which a business either takes timely remedial action or continues a downward spiral.

If you believe it to be in your company’s best interest to explore any aspect of the topics raised here, we invite you to get in touch with David Masterton for a completely confidential chat, without any obligation whatsoever. His contact details are on the right.

Alternatively use the messaging form below and we will get back to you.